The 1st BREEAM certificate for major refurbishments ever received in Romania

It’s the first BREEAM certificate for major refurbishments obtained by a building in Romania, proving thus the developer’s wish to create a project that uses all its resources to offer exceptional comfort and amenities to its residents. Moreover, the BREEAM assessment indicates the concern for capitalizing the industrial heritage, whilst contributing to Cluj-Napoca’s recent history and encouraging the development potential of the sites’ vicinities. The developer’s objectives were, in many ways, exactly the same as the BREEAM requirements.

The industrial heritage that came along with buying the Libertatea furniture factory included 5 buildings. During the first stage of the development, delivered in December 2013, buildings B and C were refurbished. These offer a total of 5 600 sq m occupied by class A offices and a restaurant. At the moment developments for the second stage of the project are ongoing, revitalizing buildings D and E, offering a total of 13 412 sq m.

The developer’s initial intention was to keep and ingeniously use all the resources offered by the former factory, to recycle all that is to recycle, giving thus life to a new ecosystem, built on the remains of the former, without eradicating it completely and rather by putting to good use all that it has to offer. 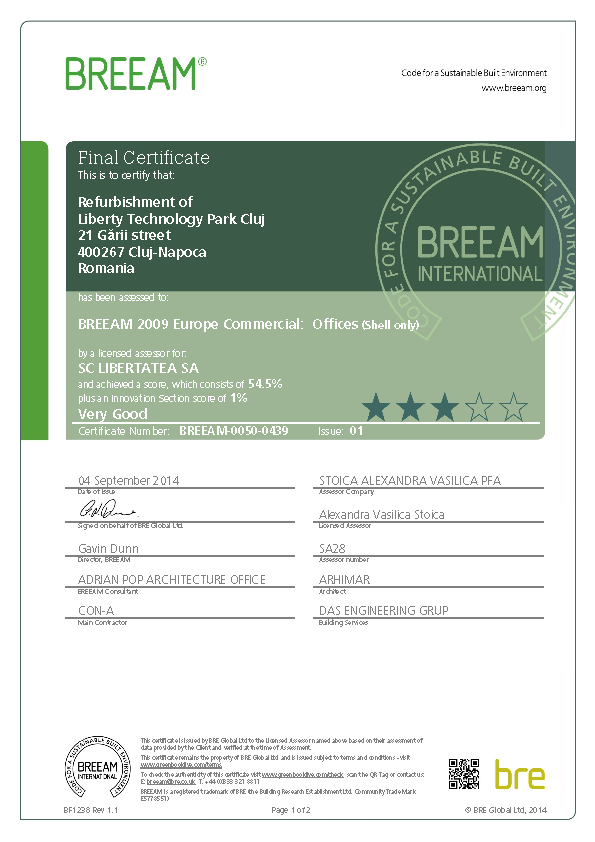 Sustainable methods: from concept to execution

Exteriors include the original ceramic tile facades. The main structure has been entirely saved. All the refurbished bricks recovered from the interior developments have been re-used to shape the new layout, suited for medium sized and large companies. Also, the new spaces benefit of an excellent energetic efficiency, granting the buildings into the A energetic performance class. Also, over 50% of the concrete aggregates used were recovered from demolishing existing buildings and annexes on the premises. All the above mentioned choices have reduced considerably the material consumption and helped since day 1 the sustainable reconversion process.

The ecological measures implemented so far reduced pollution and are followed by both residents and developers. Selective waste collection is promoted and a waste composting system will be created soon. Energy and resource consumption are thoroughly monitored to ensure a safe approach and constant improvement adapted to the number of residents and their needs. Rainwater is collected and stored in 180 l tanks destined for irrigation and the sanitary system. 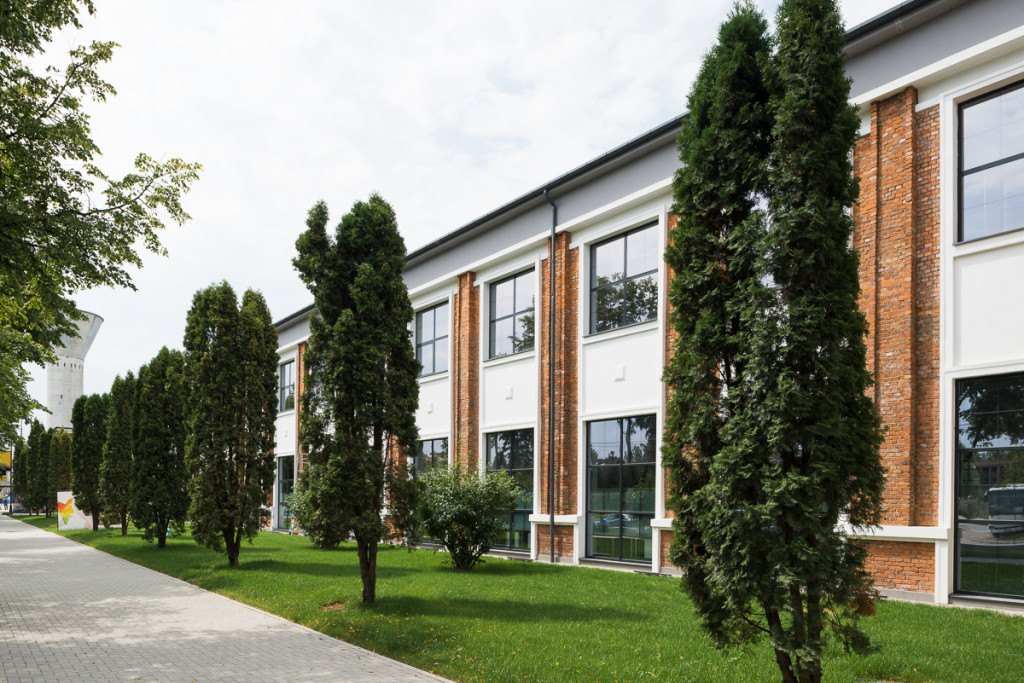 Liberty Technology Park Cluj’s sustainable approach has a positive impact on its residents as well as on the environment. They benefit from optimal working conditions both during work hours and in their relaxation moments. The interior comfort is orchestrated by implementation of the state of the art temperature and illumination systems. The green areas help create a green, well oxygenated environment. The whole lot has been decontaminated and the existent vegetation saved, protected and enriched by planting new trees and lawn.

Fribourg Capital, the developers, integrated “sustainable development” as their central concept in revitalizing the Libertatea furniture factory since the very beginning. This led to receiving the BREEAM assessment but also to the creation of a double ecosystem: one that is favorable the business environment it sustains and one that thrives on the health and wellbeing of its residents. 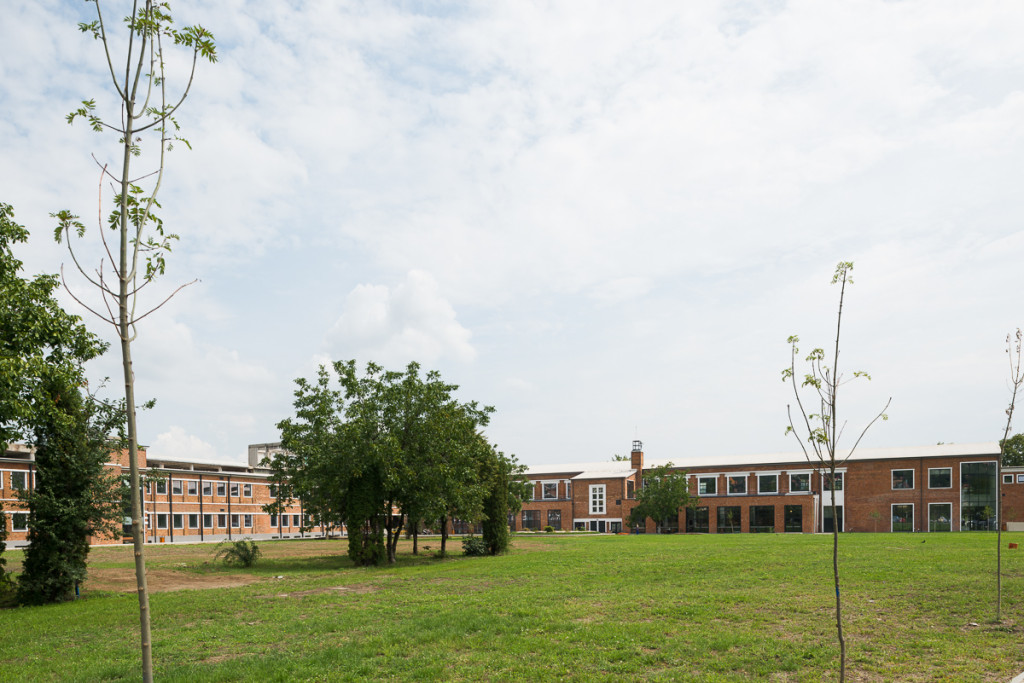 Liberty Technology Park Cluj is a tech park built in a revolutionary place designed to offer exceptional growth and quality environment for companies in the IT&C and R&D domains, all in one unique area both conceptually and architecturally. 8 companies have chosen it as a destination for their offices: Siemens, Halcyon Mobile, Recall, Makronetz, Ecuson Studio, Spherik Accelerator, La Casa and Tulemod. The tech park that reimagines the former Libertatea furniture factory, is a Fribourg Capital initiative under the patronage of businessman Ion Sturza. The investment has reached 10 million euros so far. 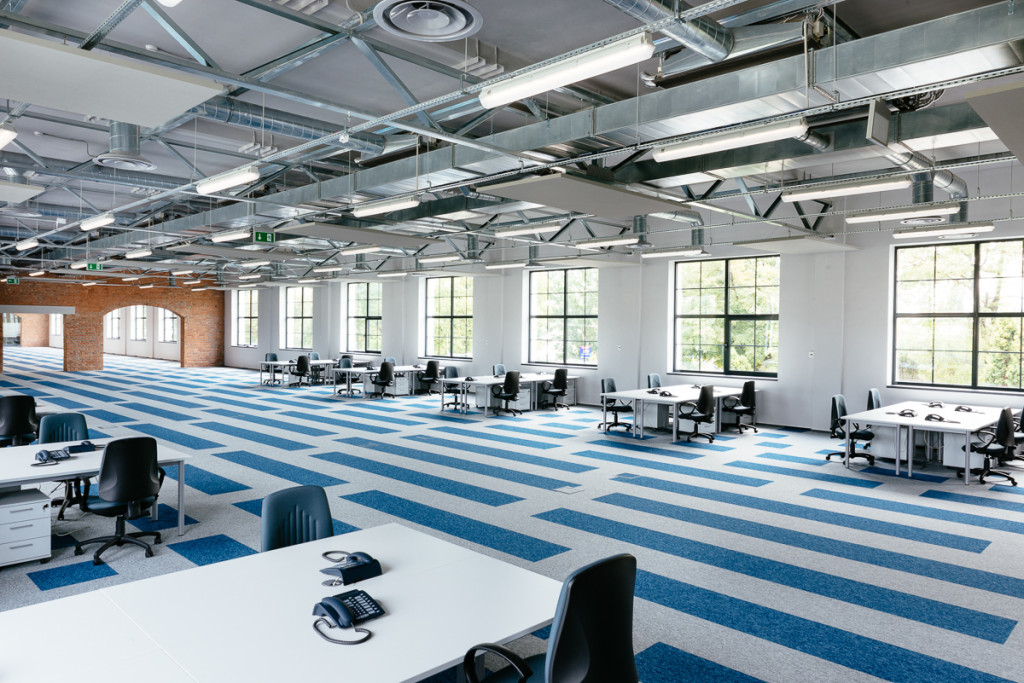